GAUDI, THE ARTIST OF THE UNFINISHED "LA SAGRADA FAMILIA" TEMPLE 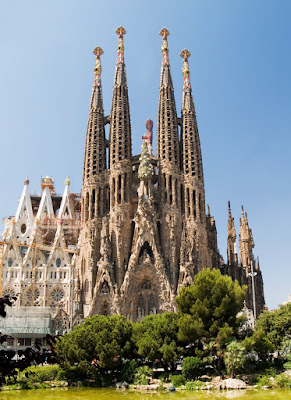 He was one of the most important modernist style architects worldwide. Many of his works are to be found in Barcelona. He has been identified with the catalan Modernism movement of the late nineteenth century and by extension, with the international art nouveau style.
Antoni Gaudi, born in Catalonia (1852-1926) was the youngest of five and when he was a child he often missed school and had little interaction with other children, he soon found that he couln’t play with friends because of his arthritis in his hands, though luckily he had time to study nature. His first works were in the style of gothic and traditional Spanish architectural modes, but he soon developed his own sculptural style. From early in his career wide attention was given to his work, although Antonio Gaudi shunned publicity.
He is best known for his modernist masterpieces such as the still unfinished Sagrada Familia, church in Barcelona. For nearly 30 years Gaudi worked on that church and other projects simultaneously until 1911, when he decided to devote himself exclusively to the church, during the last year of his life he lived in his studio at Sagrada Familia.
Among his works, one could name: Casa Milá (La Pedrera), Casa Batlló, el Parque Güell (granted World Heritage by the UNESCO), Casa Botines, Casa Calvet, Capricho Palace (in Santander)…… 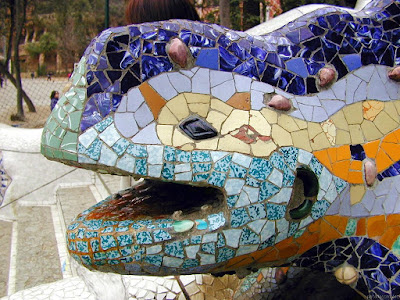 In June 1926 Gaudi was run over by a tram, as he was poorly dressed he was not recognized and taxi drivers refused to take a “vagabond” to the hospital (they ere later fined by the police) and Gaudi died five days later and was buried in the crypt of the building to which he had devoted 44 years of his life.
As one of his quotes said:
Everything comes from the great book of nature 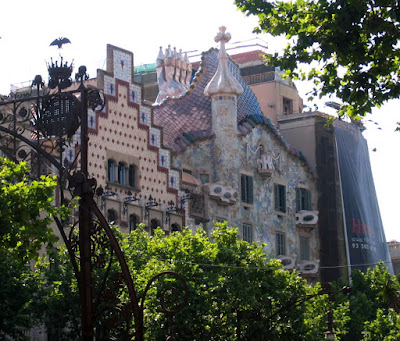