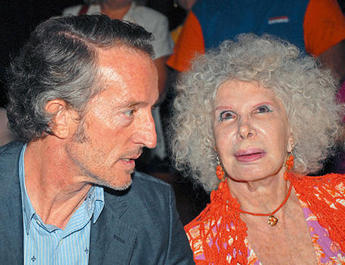 The Duchess of Alba, the grandest grandee in Spain, is said to be able to cross the country from north to south without leaving her estates, and possess more titles than the Queen of England and of highter rank.
The duchess of Alba is very popular in Spain and very well known abroad, where even she was in the best dressed Vanity Fair last year.
Though it seems international press is starting to name her as "the rocker duchess", I do prefer to name her as the hippy duchess, because she has been always a very free woman, very determined to do her own, following the live and let live hippy motto, because she has always dressed in her own hippy style and because she has always liked to spend holidays in Ibiza (the hippy paradise in Spain).
Cayetana Fitz-James Stuart y de Silva was born at the Palace of Liria on March 28th, 1926, in Madrid. The palace houses Francisco de Goya's full-length portrait of Cayetana's ancestor, The Duchess of Alba, reputed to have been his lover and model for his masterworks, The Clothed Maja and The Naked Maja.
A dazzling beauty in her youth, possessor of 44 noble titles and 150 hereditary ones, in fact according to Guinness World Records, she has more titles recognized by an existing government than any other noble. The duchess is renowned for her forthright character, forged during a high-rolling spell in England in the Second World War where her father, the 17th Duke, was Spanish ambassador in London. 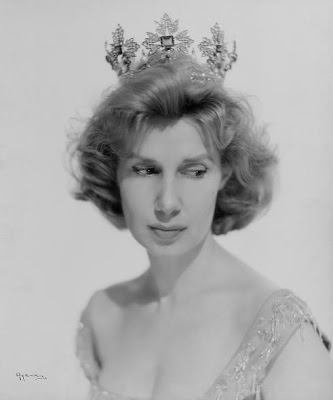 In 1947 she married Luis Martínez de Irujo y Artacoz, son of the Dukes of Sotomayor, in "the most expensive wedding in the world", according to the press on that date. The couple lived mostly in the ancestral Las Dueñas palace in Seville, and had six children. She is said to have enjoyed a lively love life. The father of her fourth son, Fernando, is widely reported not to have been her husband but the Sevillian flamenco dancer Antonio el Bailarin ("the dancer"). 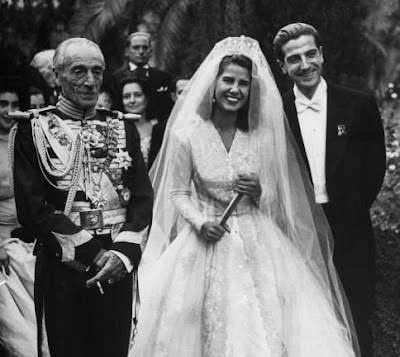 After her husband's death in 1972, the duchess controversially married the free-thinking former Jesuit priest Jesus Aguirre y Ortiz de Zarate, in 1978. On his death in 2001, the title and property reverted to Cayetana. Dedicated Alba-watchers say her six children are split over their mother's marriage plans. 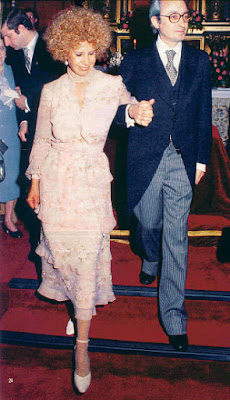 But despite wealth and her bluest of blue blood, Maria del Rosario Cayetana Alfonsa Victoria Eugenia Francisca Fitz-James Stuart y de Silva, 84, is being denied her heart's desire after her children scotched her plans to marry a civil servant 24 years her junior, Alfonso Diez, who says when he is interviewed that he has been in love with the duchess since thirty years ago. "They don't want me to marry, but they change partners more often than I do," the duchess complain about her six children, all of whom made high-profile marriages that ended in divorce. She admits to furious rows with her children over her marriage plans.
Her sons Carlos, Alfonso and Cayetano, are said to oppose the match, while Jacobo, Fernando and Eugenia want their mother to do what makes her happy. At present, Carlos, her eldest son, stands to inherit everything. He has progressively assumed responsibility for the family holdings since Aguirre's death. That may change if she marries again. 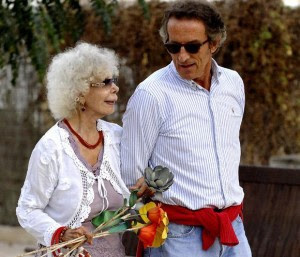 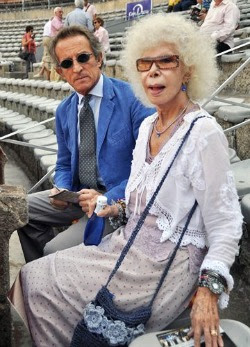 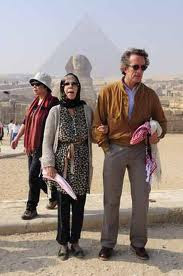 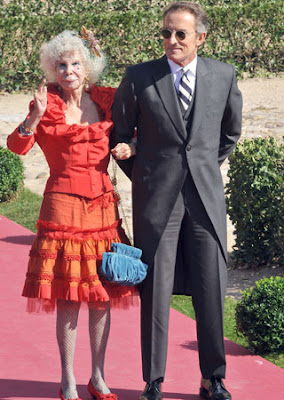 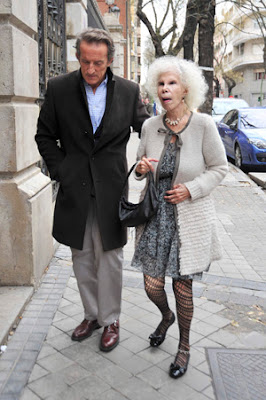 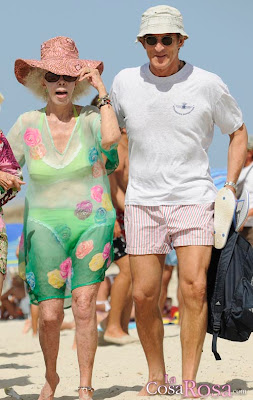 The House of Alba fears for the safety of a sumptuous patrimony should the twice-widowed duchess marry a third time. The duchess is mistress of a fabulous collection of estates, palaces and artworks, including portraits by Goya of an illustrious antecedent said to have been the artist's lover.
With her piping, querulous voice and eye-popping outfits, the duchess is constantly in the public eye at society weddings and bullfights featuring her ex-son-in-law Francisco ("Fran") Rivera Ordóñez, a popular torero (bullfighter) from a distinguished bullfighting family.
Some gossip columnists hint that Mr Diez is little more than a carpet- bagger battening upon a frail old woman estranged from her children. Others say it's bit much if Spain's top aristocrat can't choose her own partner for her twilight years.
The fact is that Cayetana de Alba is much more happier since she is dating Alfonso Diez, her health is better and she travels a lot with his boyfriend. But will she finally do her will in this matter and get married to the civil servant? Who knows? Let’s time passes by and we all see!


THE DUCHESS OF ALBA TO MARRY IN OCTOBER 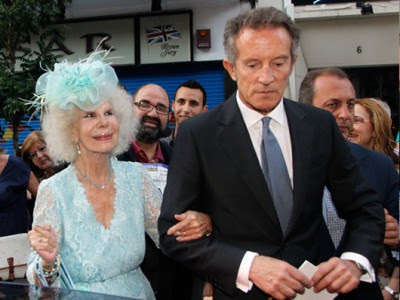 The Duchess of Alba will finally wed this October. The 85-year-old aristocrat has confirmed that she will tie the knot with Alfonso Diez at the start of that month.
In a statement given to news agency Europa Press, the Duchess said the wedding would be celebrated "in the strictest of intimacy" and in the presence of her children, their spouses and close family members.
"None of my friends will be attending due to lack of space and so that no-one will be offended," she explained. "With the exception of Doctor Trujillo, my surgeon." The bride's son Carlos Juan Fitz-James Stuart, the Duke of Huescar, will be giving her away.
There'll be no press present, but the couple will release a photo to mark their happy day.
"I hope the press will stop the false speculation and respect my privacy," said the Duchess of Alba.
Source: http://www.hellomagazine.com/

Email ThisBlogThis!Share to TwitterShare to FacebookShare to Pinterest
Labels Celebs, Spaniards by the world, The Duchess of Alba