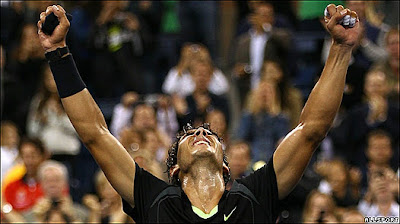 Rafa Nadal may well be said to have become a legend, after winning the U.S. Open on the 13th of September. He has made history becoming the first man since 1969 to win all four Grand Slams with a great victory over Noval Jokovic. He closes the best year in Spain’s sport history and solidifies his number one standing in the tennis rankings.
At the sight of his success achieved, only 24 years old, it may be really said indeed he is a superman in sport and even taking into account, that only a few months ago, his knee was still suffering from the injury he had last year.
That September, 13th he joined the seven best players who have won all four majors: the Australia Open, Wimbledon, Roland Garros and U.S. Open.
Shortly before jumping to the New York court, another tennis legend, John McEnroe said to him: "History is waiting for you", to which the Spanish replied smiling: "Thanks for the pressure."
And since everything that relates to  Rafa Nadal interests to people, now it has been released into press the presence of a beautiful dark-haired girl who always accompanies him, she is his girlfriend Xisca, that although she has always remained a discreet place, she has been his great support since three years ago when they started their relationship. They met at age 14 when they went to the same school. She has just finished for Administration and Management at the University. And she was a great support for him when during his horrible year in 2009, with his knee injury and divorce of their parents. He says he is not perfect, but we would say, well maybe he is not, but he is very close to it. Let’s hope he remains fully fit for a very long time and mostly and above all, he remains as outstanding and genuinely good guy forever! 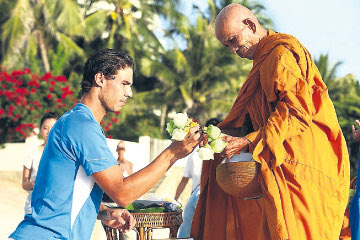 Taking off  the stress in Thailand holidays
June 5th, 2011 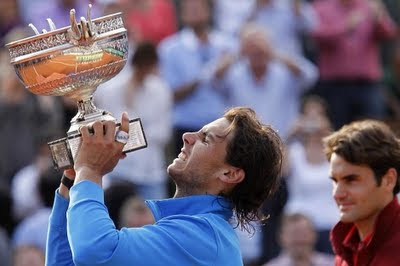 Rafa Nadal has won today his 6th Roland Garros in Paris, tying him with Bjorn Borg and his 10th Grand Slam. This time he beat Roger Federer in a 3 hours and 40 minutes game.

This time he said when he won: "Sólo puedo dar gracias a la vida" (I only can thank life).