HISTORY OF THE FAN 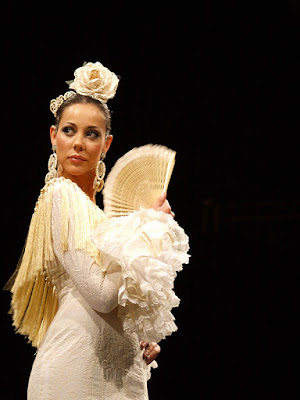 The fan is one of most desired souvenirs when a tourist come to Spain, but which is really the history of the fan?

The fan is very ancient. When and where the first fan developed cannot be said exactly any longer today. However, already in the grave of Tutanchamum, a golden fan with feathers was found. Also in former times palm leaves and other natural materials already were used to get fresh air. And somebody found the next Chinese fans somewhat later in a grave near Chang cha, made of twisted bamboo. 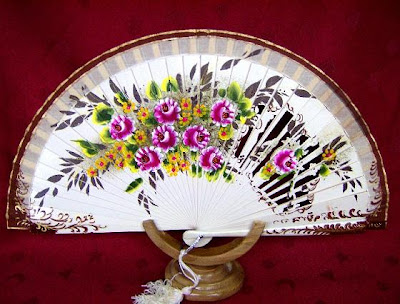 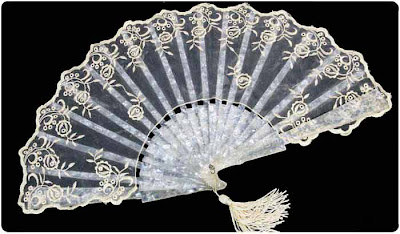 The period of the Rococo was the first great fan time. The pieces were made of very precious materials like mother of pearl, ivory or tortoise shell with gold and silver decorations, carvings or even jewels and gold foil. The fan got a very high socially standard. The fan was not only mode accessory an longer, it also became more and more a toy and pastime. In the time of the French Revolution simple Brisé fans made of wood became modern which were pasted with coloured printings.
At the end of the 19th century, there were suitable fans for all opportunities: wedding fans, mourning fans, dancing fans, memory fans, etc. In the 90’s fans of all thinkable forms and remarks were made.
And although they have lost their popularity since the invention of air conditioning, today fans are only produced in countries like China, Japan, Spain or Italy as souvenirs, for traditional celebrations or ceremonies, as film accessories or advertisings for airlines, etc….
By the way, are you curious to know about the language of the fan? Let me tell you then some about it:
THE LANGUAGE OF THE FAN 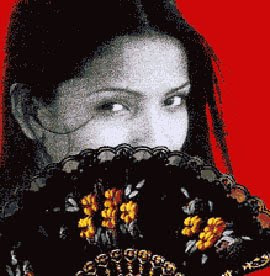 Place the open fan below the eyes: Watch out! We are being spied on
Draw open the fan with a threatening gesture: I am jealous
Place the open fan before the face, near the eyes: I like you very much
Open fan half way near the mouth: I would like to speak to you
Shut fan resting on the forehead: I am thinking of you
Wave open fan excitedly: My heart rejoices when you are near.
Half open fan held near the heart: You have touched my heart.
Fan open half way resting on the lips: Do not doubt about me.
Cover the left ear with the fan open: Do not tell our secret.
Place the open fan across the chest: I love you.
Published by Nieves