FREIXENET COMMERCIALS, THE MOST ELEGANT IN CHRISTMAS TIME 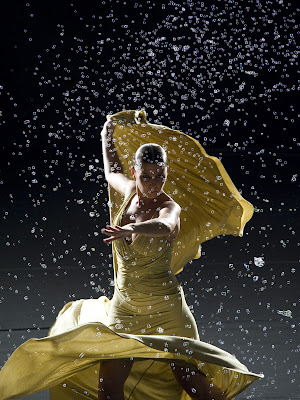 As Christmas approaches, Spanish publicists throw the boat out and waste all their creativity in the ads they do for these dates. And one of the most eagerly awaited each year in my country is the Freixenet cava commercial. The Christmas TV commercials of Freixenet cava, from the late 70's to today have always been the longest and most expensive made ​​in Spain. They are always very artistic and elegant. And each year some celebrity who wishes all of us a Merry Christmas. Last year was Shakira and this year will be featured by the Spanish flamenco dancer Sara Baras. 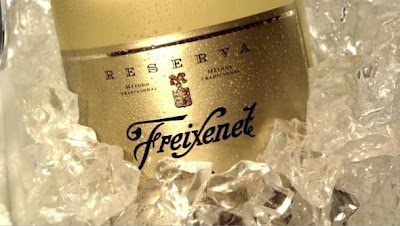 Kim Bassinger with a look like Veronica Lake - 1994
Sharon Stone and Antonio Banderas - 1992
As I have told above, this year the chosen celeb has been Sara Baras. Dressed in gold, surrounded by soap bubbles and doing what she does best, dancing, so the dancer from Cadiz appears in the new cava ad. The spot was shot in Barcelona under the direction of Howard Greenlagh, the same director who handled the commercial in 2009 that had as bubbles to the Spanish synchronized swimming team. A flamenco dancer accompanies Sara, Juan Carlos Martinez, the main dancer and choreographer of the National Dance Company.
And this is the FREIXENET video commercial 2011, that we already can watch at the telly from last Thursday, I think is amazing, I hope you think the same, please enjoy the flamenco bubble Sara Baras!
Published by Nieves

Email ThisBlogThis!Share to TwitterShare to FacebookShare to Pinterest
Labels Celebs, Spaniards by the world