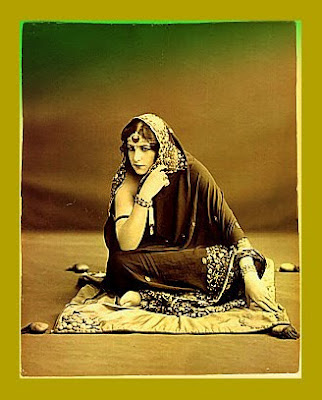 This is the story which scandalised Spanish society, the real-life fairytale of the teenage flamenco dancer who married a prince began in Madrid in 1906 with the marriage of Alfonso XIII of Spain to Victoria Eugenie of Battenburg. She was a granddaughter of Queen Victoria and also the grandmother of the current King of Spain, Juan Carlos I.
An Indian Prince was amongst the British contingent attending the celebrations with the Prince of Wales and although he had a one hundred and twenty women harem (four leading women and the rest concubines) 34 years old Jagatjit Singh fell in love with 16 years old Anita, when he saw her dancing in the Café Kursal in Madrid. Jagatjit Singh, the Maharaja of Kapurthala, was captivated by the young teenager, but his attempts to win her over were at first rejected out of hand. He left for France after an assassination attempt was made on the royal couple, but continued his courtship from Paris. Anita finally agreed to marry him, and travelled to Paris, and was installed in a luxurious palace. She was not to meet the prince again until she had learnt French: she was also instructed in all the social niceties of the time, before travelling to Kapurthala for her marriage. The couple married in January 1908, in a traditional Sikh wedding where the young girl from Málaga arrived for the ceremony on the back of an elephant. She took the name of Prem Kaur.
In fact, Ana Delgado was purchased. The huge sums of money received by her family, the luxurious gifts, fabulous jewelry,….. All that was just the beginning of a fascinating personal story and also full of contrasts. The Rani Prem Kaur of Kapurthala, as she was called after the wedding, lived surrounded by extraordinary wealth, servants, exquisite whims of glitter and oriental pomp beyond imagination, a universe, in short, magnificent and enviable. She felt left out for other women in the Kamra Palace, the former palace of Majaraha, and lived alone and full of nostalgia for her family and her country.
Anita Delgado spent the next 18 years of her life in Jagatjit Singh’s kingdom in the foothills of the Himalayas, as the Maharaja’s fifth wife and the Maharani of Kapurthala. The couple had one son, Ajit Singh. She lived a life of unbelievable luxury, showered with jewels, and travelling widely throughout India with her husband, as well as to Europe and the Americas, followed by crowds of paparazzi wherever they went. Her husband even built her a palace modelled on Versailles. 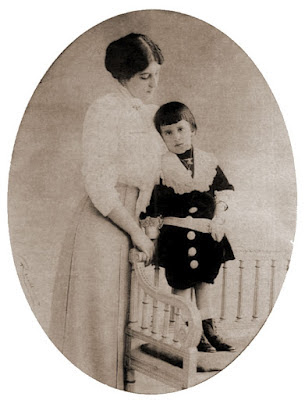 But, as the years passed by, the Maharaja started having affairs, and she, feeling neglected, started her own - with her stepson, the Maharaja's son with an older wife, and who was the same age as Delgado. His camp would rather paint a picture of an opportunistic social ladder climber, who lived a scandalously lavish life, and that it was her "misbehavin'" that drove the Maharaja to other women...
Anyway, the fairytale came to an end after a visit to London in 1924, when her husband heard that she had had an affair with one of her stepsons. The couple lived separately until their divorce in 1925, and Anita left India for good. The Maharaja allowed her to keep her title of Maharani and all the gifts she had received during their marriage, and gave her a life pension. She also kept her Indo-Punjabi nationality. Part of the agreement, however, was that she could never remarry and must never return to India. She took with her on her return to Europe all the skills of her life as a Maharani: how to play the piano, how to dance and conduct herself in high society. She was also able to speak fluent French and English by this time. The opulent lifestyle continued in Europe where the Maharani became involved in a secret relationship with her secretary, Gines Rodríguez Fernández de Segura, which endured for the rest of her life until her death in Madrid in 1962.
﻿
﻿ The Spanish actress, Penelope Cruz, bought the screen rights to the book, casting herself in the starring role alongside Bollywood co-stars in a silver-screen adaptation of Anita’s astonishing life story. The Maharaja’s descendants have been trying to block the project, describing it as a ‘scandalous portrayal’ of what really took place.
Like any respectable royal, she became a discerning collector of crazy-opulent jewelry. Delgado's favourite piece, as she always expressed, is this juggernaut of an emerald, shaped like a crescent, and flanked by swirls and cascades of diamonds (See below. And remember to breathe.). 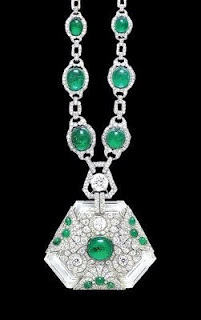 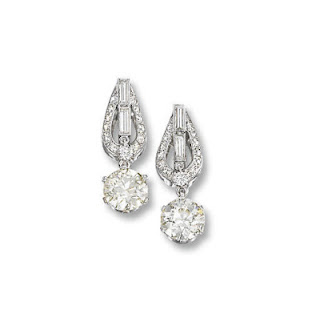 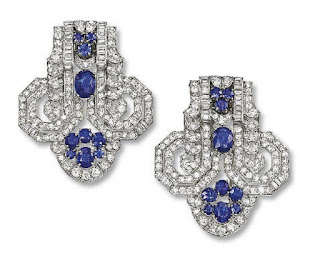 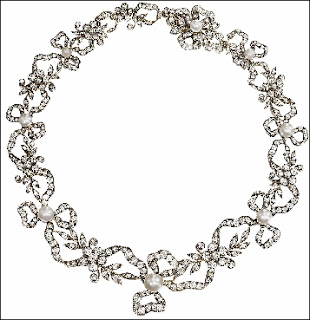 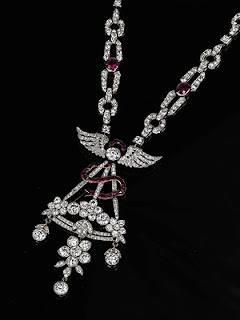 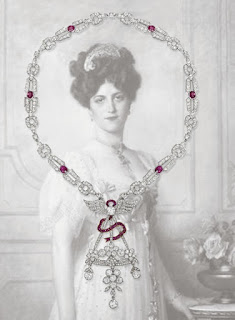 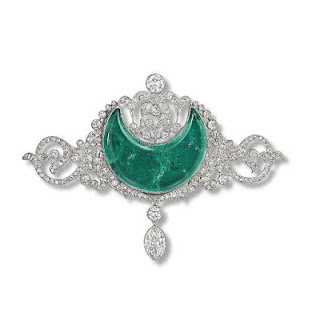 Invariably, most of her other pieces of jewelry were jaw-dropping opulent and many pieces were of designs influenced by the belle epoque and art-deco movements in Europe, and brought to life by the finest jewelry craftsmen in Punjab.
All these jewels belonging to Anita Delgado were sold in Christie's in London on December 12, 2007. Wow! She could afford it indeed, she was a maharani!! 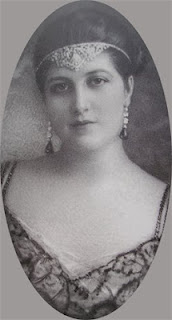 Email ThisBlogThis!Share to TwitterShare to FacebookShare to Pinterest
Labels Biography, Spaniards by the world