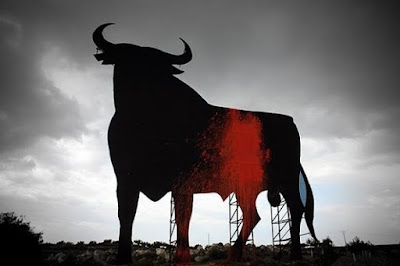 Everything started when a motion to ban was hotly debated in the Catalan parliament earlier this month with a petition to demand to outlaw bullfighting there and after that, in the city of Madrid there was a demonstration on the 28th of March searching the same.
Organised by animal right groups, hundreds of people took the street of Madrid calling for a ban on bullfighting, after moves to declare the spectacle as part of a cultural heritage in the region, and giving it legal protection.
The Madrid region has a strong tradition of bullfighting and emotions both sides are strong. By one side, the defenders say they should be allowed to go if they wish to, but the other side thinks is cruel to the animals to make them suffer unnecessarily.
In fact, more and more people are moving against this. Personally being as I am a Spaniard, I have only been to a corrida de toros once, in my father’s village fiestas when I was a teenager and I can’t say I keep a nice memory of that, I was very close to the ground and I could see the poor animal very clearly and I didn’t think that spectacle was nice at all, in fact I couldn’t understand how could that be fun for many people watching at it.
I really wonder why Spanish people is so sensitive about animals in general, such as when news about dogs found beaten to death, for instance and when it is about bullfightings the same people feel more tolerant. Really it is something I can’t understand myself.
Though if one is to be realistic, the chances to success are little, don’t you think it is time to do something about it? What do you think of this hot debate? Do you think it should be abolished definitely? Or just maybe keep a light spectacle without banderillas and without killing the animal, just keeping the colourful spectacle but with horses exhibitions and things like that?
Published by Nieves