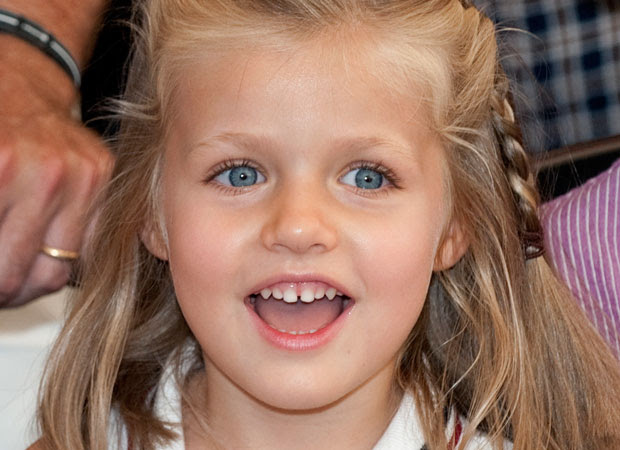 Queen Sofia from Spain is celebrating today, November 2nd, her 72nd birthday, surrrounded by all the Royal Family. She was born to Athens (Greece) and has been married 48 years to King Juan Carlos from Spain, whom she met on a cruise of the Greek Islands. They had three children: Elena, Cristina and Felipe. Queen Sofia speaks five languages and worked as a childhood nurse in Rome before getting married. By the way, Queen Sofia is a great-great-great-grandaughter of Queen Victoria of the United Kingdom and she is a second cousin to Charles and a first cousin to Prince Philip, Duke of Edinburg, the Prince of Wales and in fact, related to all the royal families in Europe. 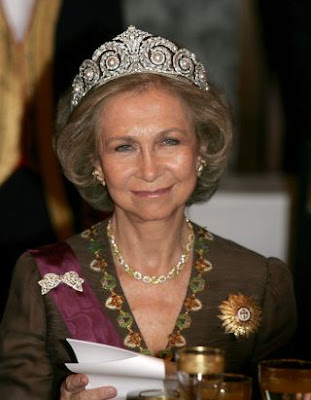 But two days ago it was Leonor who celebrated her 5th birthday. The eldest child of Princess Letizia has just turned five years. Leonor de Todos los Santos de Borbón y Ortiz was born at 1:36 pm on October 31, 2005 at the Ruber International Hospital in Madrid, during a rainy night (by the way, her parents wed in a rainy day too!).

With the birth of Leonor the doubts about the sucession to the throne were cleared, the child was given the second position in the line of succession to the throne of Spain. Therefore, the daughter of Don Felipe and Doña Letizia became heir to the title Princess of Asturias. Her godparents at the christening were King Juan Carlos and Queen Sofia.

Princess (“Infanta” is, in fact, the title for Princess in Spain) Leonor study Early Childhood Education at Santa Maria de Rosales School in Madrid, where her own father also studied as a child. This year coincides with her sister Sofia in this school.

In the appearances of the Infanta Leonor with her sister Sofia, three years younger, whenever in front of the cameras of the media, she shows a great naturalness and friendliness, she is really a very sweet child.

The Princess celebrated her birthday in the privacy of her home, the Palacio de la Zarzuela, just as her father held at his age. Leonor blew the candles on a children's party where she met her relatives and friends.

I leave here some cute photos of Princess Leonor, along her five years old life. According to her mum, she looks like and takes after her father, Prince Felipe, though I would also say she resembles her grandmother a little bit, Queen Sofia, as well. 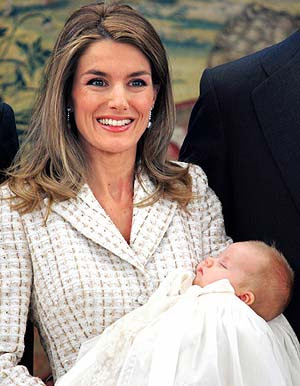 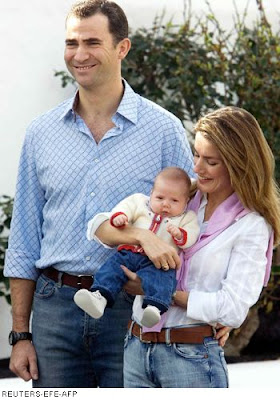 With dad and mum 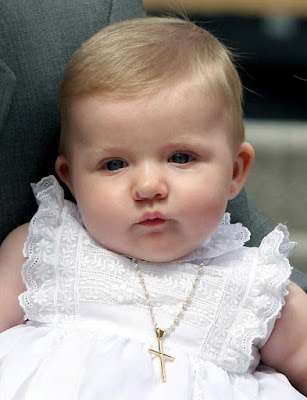 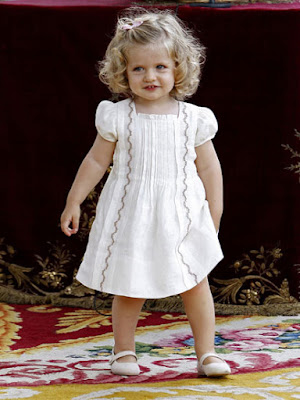 She was two here, a sweet doll indeed 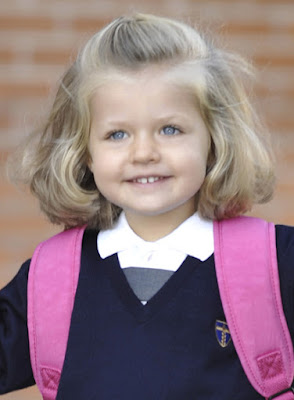 Here she was three, when starting at school 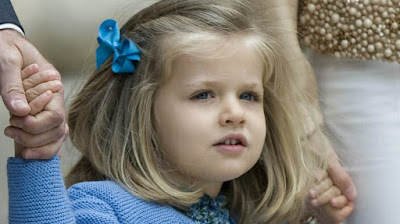 Last year she was four here 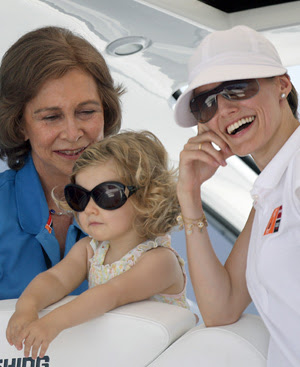 With mummy and granny in Mallorca holidays 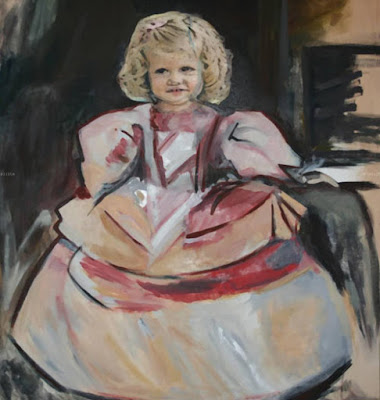 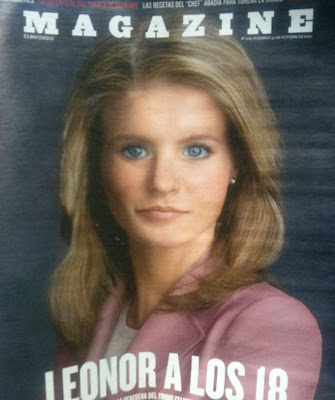 And here this is a guessing look as she would be at 18,
according to a Spanish newspaper, though I think
here she resembles her mother above all!
Published by Nieves