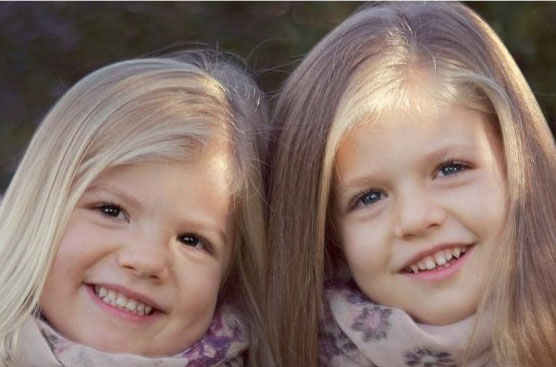 Christmas greetings from the Spanish Royal Family have had to wait a bit this year, but finally arrived and here they are ..... 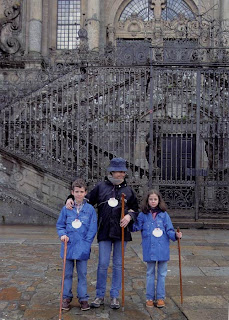 Princess Elena and her children 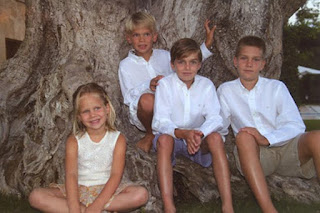 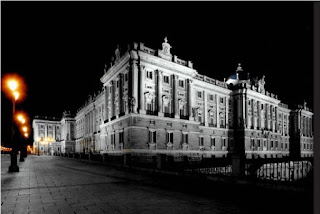 King Juan Carlos and Queen Sofia's greeting
(it's the Royal Palace)
somewhat similar to last year as you can see here ........ 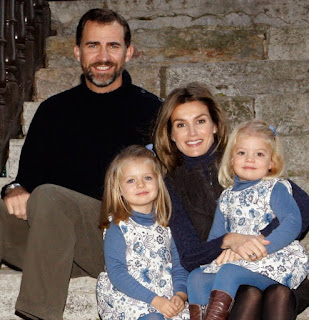 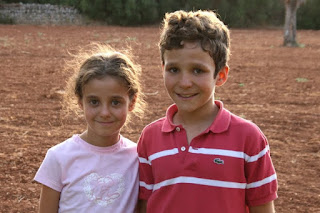 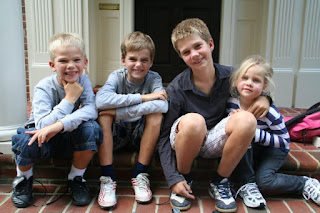 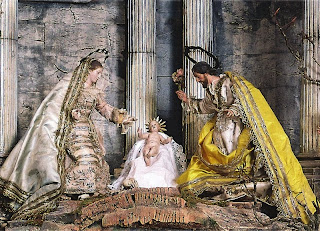 but at least they have not created any controversy as it happened in 2005 and 2007 in the King Juan Carlos and Queen Sofia greeting, they were retouched by the Photoshop because agendas problems prevented them from posing with all their grandchildren, creating a huge controversy at the time. 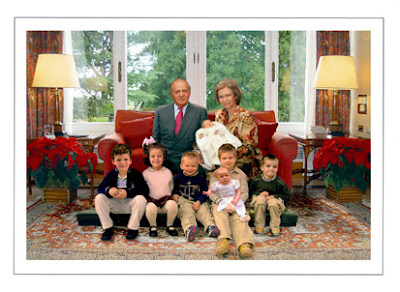 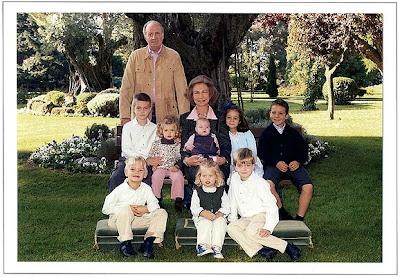 2007
This year, no doubt, it will not. I have to say, I especially like the Principes de Asturias Christmas greetings with Princess Leonor and Princess Sofia and I also like Princess Elena’s greeting, I find it quite original with Princess (she is separated from Jaime de Marichalar) and her two children posing in a Santiago de Compostela trip.
Anyway, thanks for the greetings to the Royal Family and our best Christmas greetings for them too!
Published by Nieves