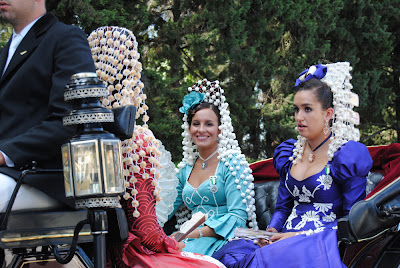 Pepa Borrego is the inventor of the Goyescas costumes, called so because they are made in the fashion of Francisco de Goya painter (1746-1828). It is more than 50 years since she made her first Goyesca costume. And today my post is about her. 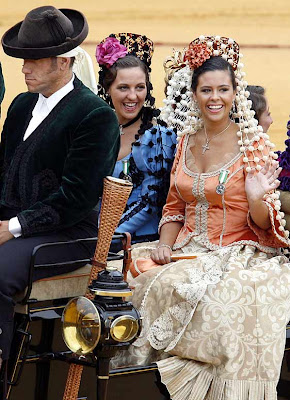 This unique artist and artisan, was born in Ronda (Malaga, Andalucia) in the days after the Spanish Civil War, at that particularly harsh and dramatic times it was common for all family members to contribute to family maintenance. She was no exception and so as a child she began her apprenticeship in a sewing workshop, perfecting their craft and bringing home a small income. Subsequently emerged as a seamstress / designer printing a unique mark on all his creations (stylized and imaginative costumes that fit perfectly to the female body) already working on his own workshop. 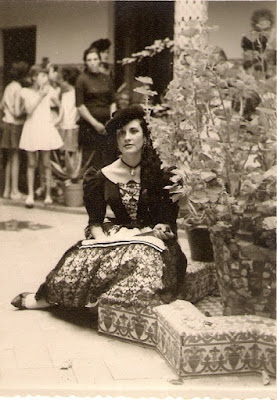 This was her first Goyesca costume, made in 1958
She was married to Ramon Flores (friend and manager with the bullfighter Master Antonio Ordonez of the Plaza de Toros de Ronda) and alma mater of Goyesca Festival since its creation.This match made her to live to the full everything that surrounds this amazing Ronda celebration, being encouraged to make her first Goyesca suit in 1961, this being the first of more than 400  costumes she has done so far, with each and every one of them being different and especial. 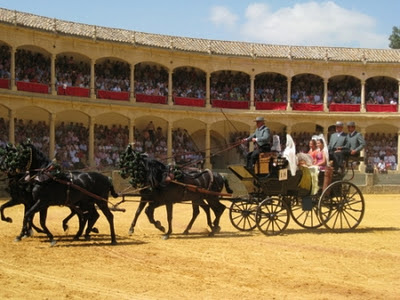 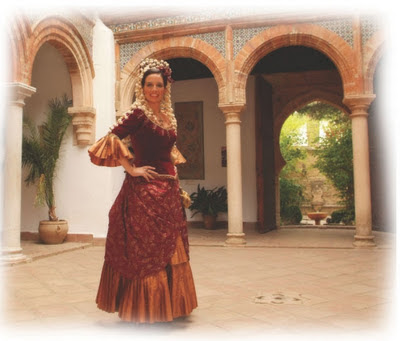 As source of inspiration only she has only had pictures of the famous painter Francisco de Goya just 4 or 5 female paintings, which are the basis of her impressive work, which is recognized and appreciated all over the world and a very remarkable inspiration for fashion designers today. In the embodiment includes all kinds of precious fabrics, rhinestones, lace, thread, embroidery ... making unique pieces of inestimable value. And while their costumes and designs have served both as an inspiration to many great designers. 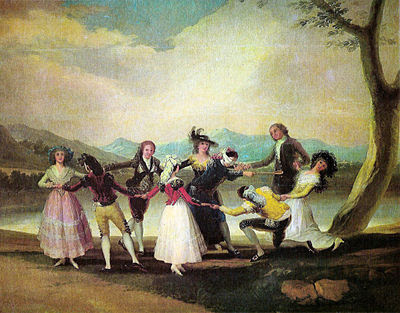 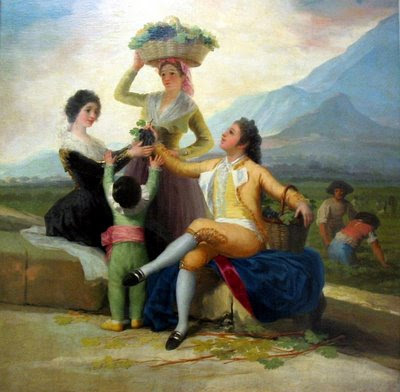 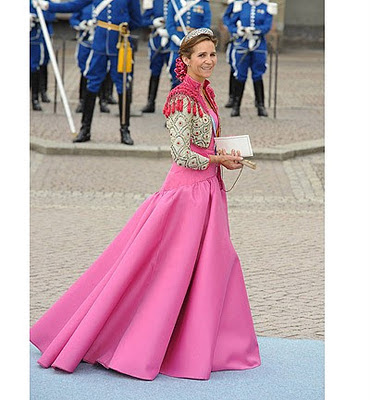 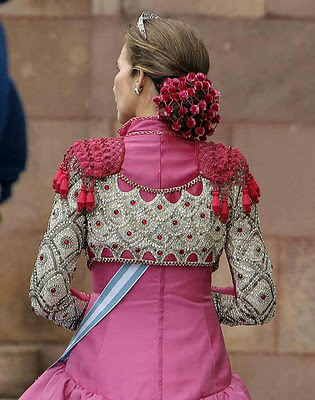 Infanta Elena attending the wedding of Victoria of Sweeden,
in a Lorenzo Caprile design
The first Goyesca Festival was run in honor of the centenary of the birth of the bullfighter Pedro Romero of Ronda in 1954. Since then it has been held to this day, during the first days of September.
This unique bullfight evokes the era of Goya, who was a contemporary of the matador, who is credited with the invention of bullfighting as we know it today. And a basic part of this celebration are the costumes worn by matadors (bullfighters) that day, flaggers and a select group of young rondeñas (usually 18 young ladies and a president of honor), which each year add color and splendor to this magnificent celebration which has been declared of National Tourist Interest in Andalusia. 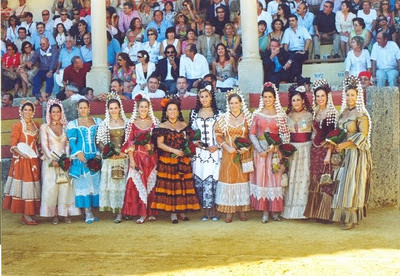 The Ordoñez family finished giving splendor and enhancement of this international celebration, making it a social event where every year many people from all the world come, such as Ernest Hemingway or Orson Welles did years ago. 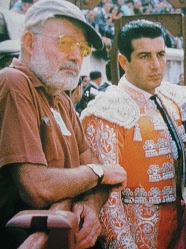 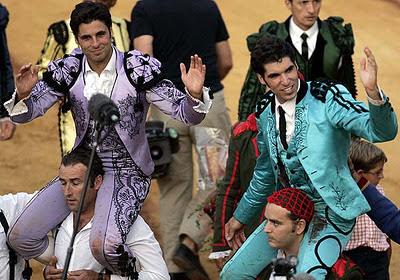 and these are Francisco and Cayetano Rivera Ordoñez,
grandchildren of Antonio Ordoñez, in a Ronda bullfighting 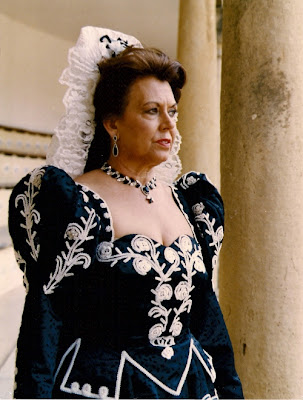 and this is Pepa Borrego herself in one of her own costumes
Finally,  I enclose a video where you can see Ronda village. I hope you enjoy it!