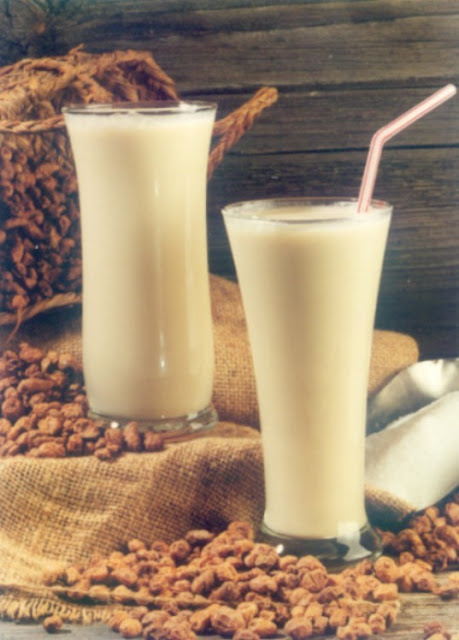 Horchata is the name of a traditional and very popular beverage in Spain as an ice cold drink during the hot summers. Horchata is made from tiger nuts which are the tubers of the nut sedge plant which were introduced into Spain, during the period of Muslim presence in Valencia (from the 8th to 13th century).
The tiger nut, a brown tuber is also known as “earth almond”, it is sweet and milky and has a flavour reminiscent of almonds or hazelnuts. They are high in unsaturated fatty acids, fibre and are about 25% fat, 30% starch and 7% protein, which makes the drink a healthy alternative to tea and coffee, because it is nutritious and beneficial for the body. Even sometimes horchata is also used in place of milk by the lactose intolerant.
In Valencia there are “horchaterias”, which are the places where you can drink it, along with other summer drinks as milkshakes, icecreams of many different flavours, “blanco y negro” (that is iced coffe with cream), “agua de cebada”, lemonades ………….. 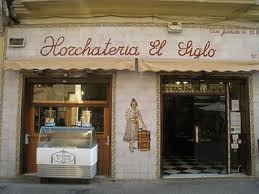 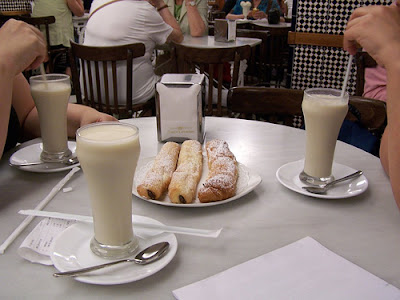 For anyone who wants to try making it, the recipe to make it is as follows:
Ingredients
• 200 grs. of Tigernut.
• 150 grs. of Sugar
• 1 Lemon
• 1 Cinnamon Stick
• 1 litre of warm water
Method
1. Clean the tigernuts several times and then keep them in water for at least 12 hours, in the fridge.
2. Strain them and crush them with a mortar.
3. In a large bowl/container add the water and the sliced lemons.
4. Mix in the ground tigernuts and cover the container leaving it at room temperature for about 2 hours.
5. After two hours add the sugar and cinnamon stick and stir until sugar is completely dissolved.
6. Strain the liquid with a fine sieve or cloth to remove all of the larger bits of tigernuts, then strain until it is smooth in texture, this may need doing two or three times to remove all the bits.
Then keep the drink in your fridge and it will stay good for at least five days. You can serve it liquid or iced (just keeping it in the freezer firstly). And traditionally horchata is served with “fartons”, which are a like long and thin iced buns, usually they are dunked into the horchata (like the churros with the coffee). 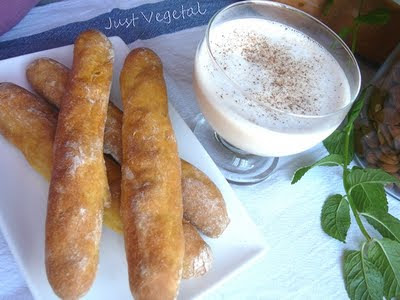 And now, what is only left to do is just to drink it and enjoy this traditional Spanish beverage, specially if you are suffering a scorching hot day!

Email ThisBlogThis!Share to TwitterShare to FacebookShare to Pinterest
Labels Gastronomy